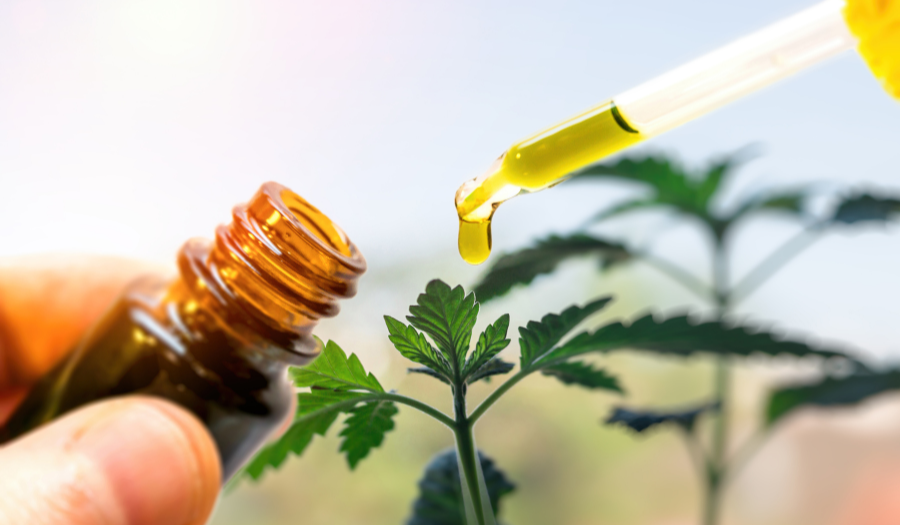 How do THC and CBD actually work?  Is there more to cannabinoids than meets the eye?  What is this endocannabinoid system mentioned when talking about the benefits of cannabis?  Today’s post reveals all!

Cannabis and the Endocannabinoid System

Cannabis has been shown in many studies to offer a wide range of treatment options, but how does this plant actually work to provide relief for symptoms?  The answer lies within human biology.  Cannabis is able to benefit the body and mind as a cannabinoid because this group of compounds is not unique to this particular vegetation.  Cannabinoids are not exclusive to the Cannabis Sativa plant, and can actually be found in most organic systems.  Humans contain the process required as well, and it can be observed as a natural nerve function called the endocannabinoid system (ECS).

What Is The Endocannabinoid System?

In simplest terms, the endocannabinoid system acts as a way to keep all biological processes balanced.  It is made up of a form of lipid-based neurotransmitters called endocannabinoids, and is a complex way in which cells communicate within the human body.  Research suggests it has a role in developing the central nervous system, changing synapses, and adapting to internal and environmental dangers.

Preliminary research also shows the ECS may help regulate key physiological and cognitive areas like sleep, memory, reproduction, metabolism, mood, and immune response.  One main function is to maintain a state of homeostasis, or a stable condition, which is critical for health.  For example, if body temperature increases, a signal is sent to initiate a cooling process and sweat occurs.  When the stomach is empty and hunger begins to set in, biology indicates it is time to refuel by issuing an audible cue recognized as a growling tummy.  The body’s attempt to achieve optimal conditions is continuous, and as a “master regulator,” the endocannabinoid system is thought to play an important part in the process.

How Does The Endocannabinoid System Work?

Endocannabinoids: One key piece is Endogenous cannabinoids, or endocannabinoids, a naturally produced version of cannabinoids found within the human body.  As mentioned, these are a type of neurotransmitter and they are responsible for sending signals between cells. Simply put, they are chemical messengers.  There are two main endocannabinoids that have been identified by scientists so far, and both play a vital role for daily functions and health.

Cannabinoid Receptors: Members of the G protein coupled receptor family (or GPCR), and when utilized produce an array of effects.  While endocannabinoids may be thought of as a key part of the ECS, cannabinoid receptors are the other piece of the puzzle.  AEA and 2-AG need to be received or bonded in order to influence physiological states, and in linking with particular cannabinoid receptors a signal is released which alerts the ECS to respond appropriately.  The location of the bonding helps determine the way in which the endocannabinoid will function.  There are two primary receptors that have been identified by research.

Metabolic Enzymes: Once endocannabinoids have bonded with the cannabinoid receptor and have carried out their role, metabolic enzymes finish the process by breaking down the remaining chemicals.  AEA is taken care of by fatty acid amide hydrolase, and 2-AG is typically broken down by monoacylglycerol acid lipase.

The Endocannabinoid System and CBD, THC, and More

People are able to process the chemicals in cannabis thanks to the endocannabinoid system which contains a series of receivers in the cells (primarily cannabinoid receptors called CB1 and CB2) which recognize endocannabinoid molecules and have metabolic enzymes that allow them to be synthesized.  As discussed, since cannabinoids found in the cannabis plant are able to be processed through the human body’s biological system, the various substances can be activated, broken down, and utilized in a way that is able to influence the same physiological and cognitive processes that natural endocannabinoids regulate.

For example, as discussed in “CBD and Anxiety,” initial studies suggest that the cannabinoid’s ability to influence neurotransmitters is what results in such an impact on cognition and mental health.  As natural chemicals like serotonin and dopamine are essential for maintaining mood and a healthy sleep-wake cycle, and CBD stimulates the endocannabinoid system into balancing or supplementing such levels (specifically the 5-HT1A receptors) while also reducing responses to anxiety, it has been suggested that such a substance holds great value to medicine and psychology.  It also has been recorded as having potential for treating cancer, chronic pain, neurological disorders, and skin conditions.

Another well known cannabinoid, THC, offers another great example.  While this psychoactive compound has been heavily regulated, its medical use has been heavily campaigned for in recent years.  Studies suggest that THC can offer pain relief, stimulate appetite,insomnia, nausea, glaucoma, muscle spasms, and more.  By bonding with CB1 receptors, the cannabinoid can be processed like the body’s natural endocannabinoids and offer a wealth of benefits.

CBG provides another example, with its qualities proposed as a treatment for inflammation, infections, cancer, colitis, neurodegeneration, and various mental health conditions.  The ability of CBG to provide such assistance is linked directly to the abilities of the endocannabinoid system.  Furthermore, the CBG compound is thought to strengthen the endocannabinoid anandamide which influences pleasure and motivation, regulates appetite and sleep, and alleviates pain.

The Benefits Of The Endocannabinoid System

While research on the endocannabinoid system remains somewhat limited, studies continue to demonstrate the important role it plays in both maintaining homeostasis and in delivering the sought after benefits of popular cannabinoids like CBD, CBG, and THC.  Without the ECS, the human body would not be able to synthesize the recorded therapeutic properties of the cannabis plant, so further investigation continues to uncover the cause and effect structure of this biological process.